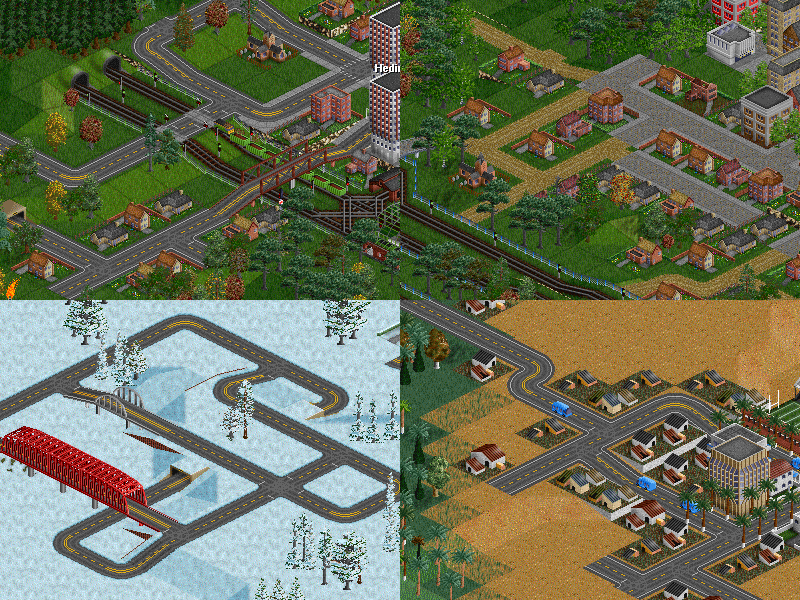 ARRS is a complete graphical road replacement set based on roads from the United States of America, and includes a set of optional dirt/sett roads available before 1940 (or a custom date of your choosing). It is the first and (so far) only road set to be developed specifically for use with OpenGFX, including support for OpenGFX+ Landscape. In addition, there is a modified version of the Total Bridge Replacement Set available as well as an incomplete set of basic NewObjects.

Both ARRS itself and the modified version of TBRS are available on the online content or on TT-Forums. Visit the release topic at TT-Forums for more details: American Road Replacement Set. 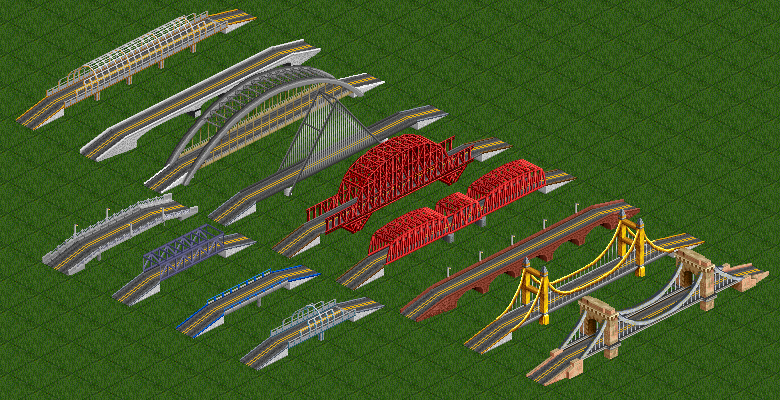 As a complement to ARRS, a modified version of TBRS 1.2 was released featuring ARRS road surfaces. There are no other changes to the set. There is no development topic, just a post in the ARRS thread which includes the .grf file, also available on Bananas; the source can be obtained on request, although decoding with grfcodec will provide the same result.

Be advised that TBRS is released under a CC-BY-SA license, NOT GPL like my other works! 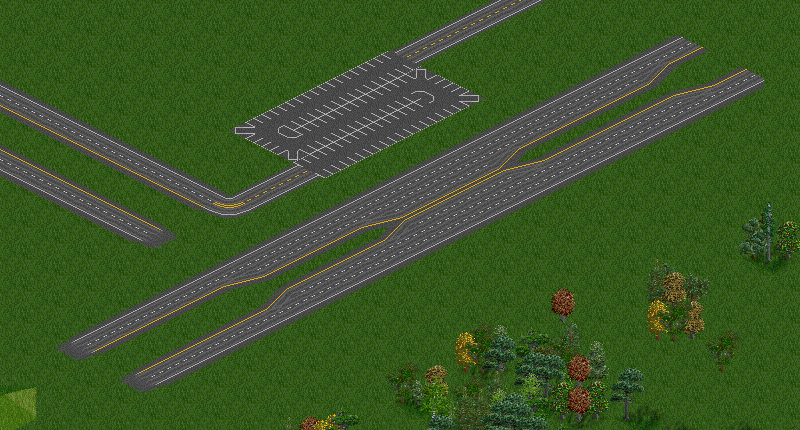 An incomplete set of objects intended to transform roads into American-style freeways, with some additional eyecandy. With the possible introduction of NotRoadTypes and the better implementation of objects in RattRoads as a result, ARRS Objects is pretty much abandoned. Not much work was done to complete the set, and the unintuitive design of the objects makes it unlikely to be continued, unless I get ambitious and decide to backport the objects from RattRoads. What little work was done is available in the development topic on TT-Forums: ARRS Objects